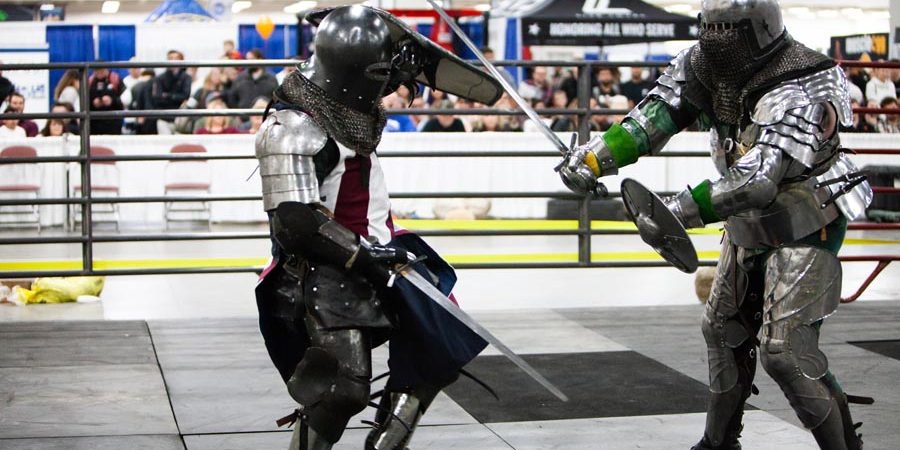 The best fighters from all over the United States will come and represent their regional teams in armored foot combat. All of the action is full force, full speed and with real steel weapons. The competition will include single combat in 3 different weapon forms for men and women and team combat. Team combat will include 3×3 woman’s melee and 5×5 men’s melee. There will also be an exhibition of 16×16 fighting at the end of the day on Saturday.